Out of Hibernation...of Cats and Christmas

Hello my friends. Sorry this is late for Christmas and New Year, but I'm on Slow Time.

It's been so long since I've visited my blog, or even anyone else's. I've been in hibernation, recovering from PTSD and depression. The time had come for the past to erupt and be dealt with...I became immobilised with sadness and pain.

It's been a long gradual journey, trying various strategies and medicines. Some medications didn't help, and side effects were a problem, but I found an anti-depressant to lift me up enough to reach the rope so I could pull myself out of the deep well of darkness. After a year and a half I'm feeling much better, with better sleep and exercise, good counselling, life and attitude changes and mindfulness.

Through it all my dear ginger tabby cat Gypsy was beside me, purring her good vibes into me every day when I sat in my armchair to read or be mindful.

Gypsy was the second cat we adopted 4 years ago from the RSPCA (animal refuge). We had a few weeks previously adopted Willow, a tiny traumatised kitten (who has remained traumatised despite our love and care), and Gypsy came to us after being abandoned too, but she was a robust and confident trickster who stole our hearts and helped Willow settle down. How could we not keep her??? 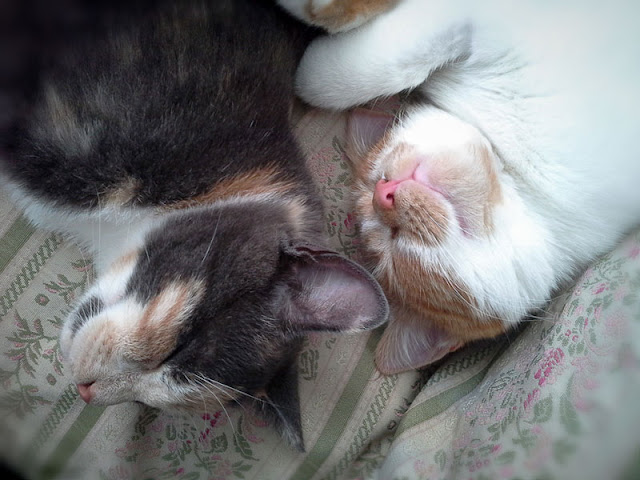 I still feel teary as I write this. Sadly, Gypsy got cancer (at the age of only 4) and passed away. We had 2 days to say goodbye after I took her to the vet when her breathing seemed laboured. Otherwise she seemed her healthy robust self, jumping up onto our roof to hunt birds in the treetops even the day before.

It was such a shock to learn in November that she had fluid on her lungs and though it was drained, the cancer was everywhere in her body and too advanced to save her. It was so sad to hold her as she was euthenased; I couldn't believe the depth of my feelings for her. I chose a special rose to mark her grave in our garden, an apricot colour.

As I laid her in her grave and covered her with earth, lastly planting her special rose, I wept for my little friend. The grief I felt was cathartic, and released so much old stored up emotion. In the days after her burial I felt like a load had lifted from my shoulders, that somehow the deep emotional outpouring was cleansing. But there was a hole in my life, and my chair was no longer a happy place to sit. Keeping busy was preferable.

After a month of missing Gypsy's presence (Willow had bonded to our daughter and only tolerated the rest of the family!) I felt the need for another cat to fill the gaping hole in our family.

So now we have rescued another abandoned kitten - Jasper. His mum and her litter of four were handed in to the Animal Welfare League, and they were looked after beautifully until he was weaned and ready to be adopted. My daughter (12) and I visited to play with all the abandoned kittens to help them be socialised, and we fell in love with Jasper. We hoped that a kitten would have a better chance of being accepted by our poor fearful Willow.

Jasper was a wonderful Christmas present...He settled in quickly and was at home with us all, enjoying the refuge of a lap for a snooze, or a romping play with anyone patient enough to endure tiny claws grasping and constant skittling across the floor. He loved the Christmas tree... 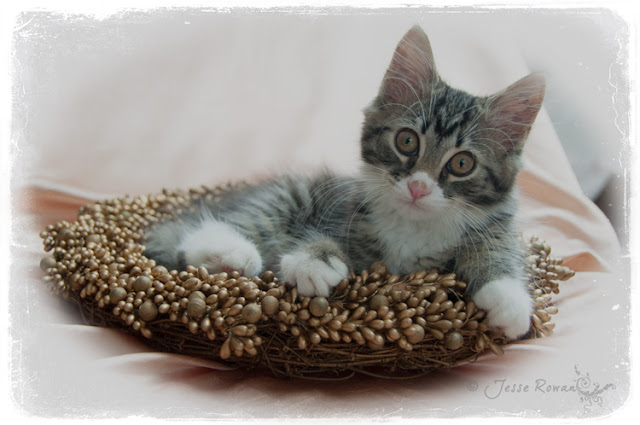 It will take some time, but the two cats are gradually getting closer.

This year I only made five Christmas cards. I love how they turned out, but they took me so long! The four below were made in my sister's studio - I spent a wonderful week with her in early December.

The final one I made for my friend Amanda. She has been such an inspirational artist for me,as well as a great conversationalist. Her shop is called Amanda's of Mogo - one of my favourite arty shops... 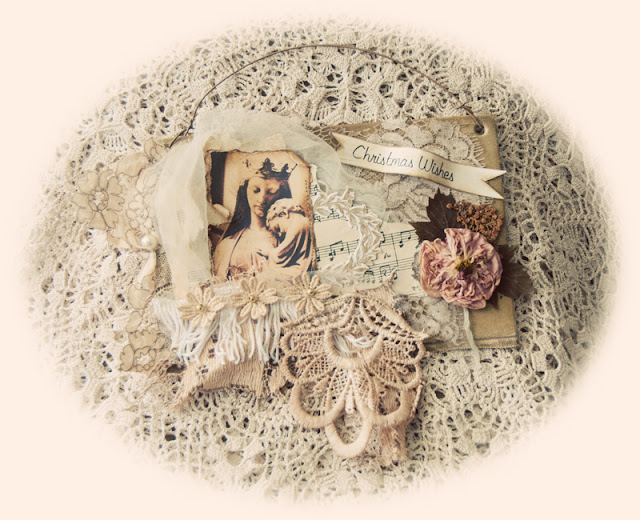 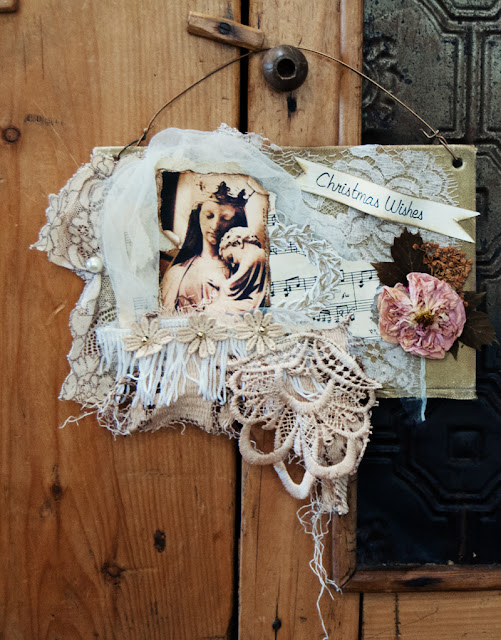 Wishing you all more sleep. more health and more happiness! 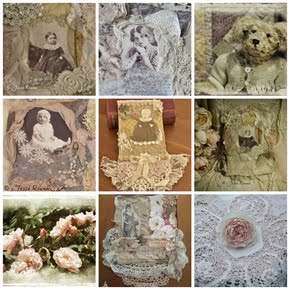 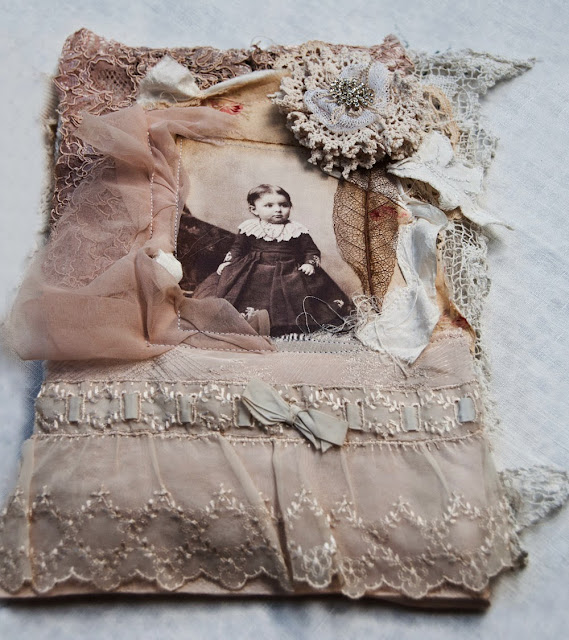 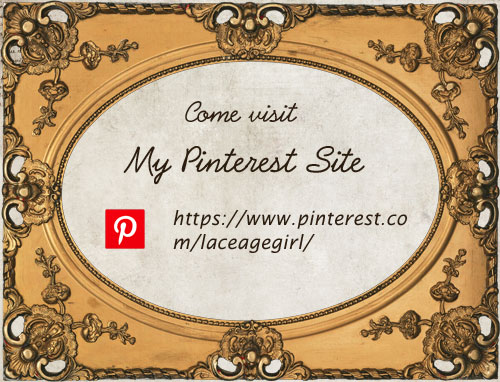 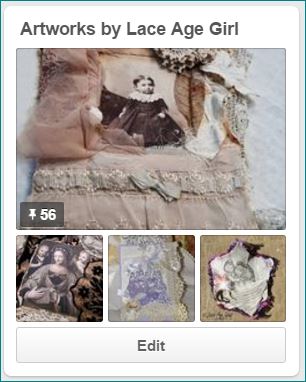 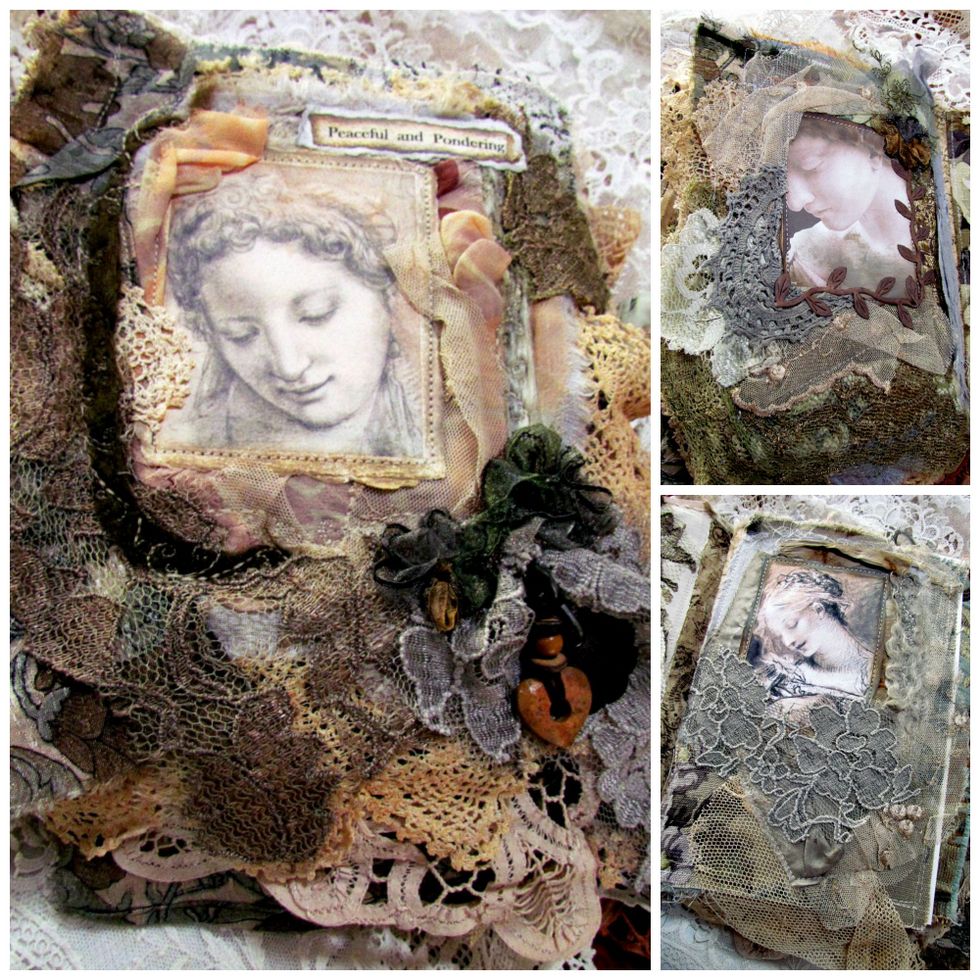 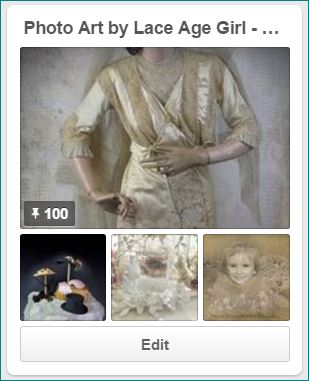